Pardons Canada – What is a criminal record? 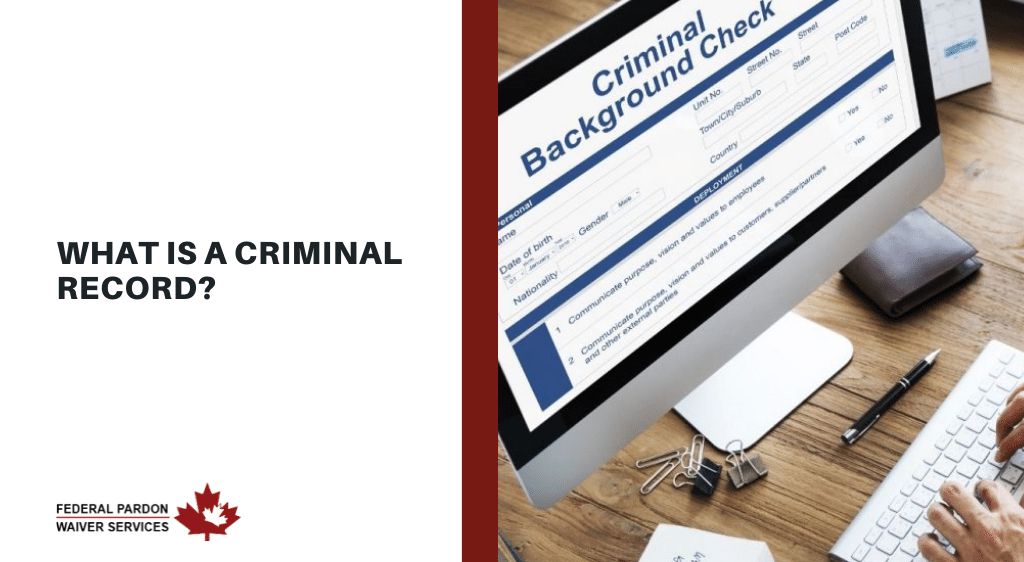 A criminal record is a record of any criminal activity. Regardless of the outcome in court, a criminal record will be created and will stay in the Canadian Police Information Centre (CPIC that is maintained by the Royal Canadian Mounted Police (RCMP).

If you have been convicted of anything over the age of 18 you have a criminal record. While many believe that your criminal record will disappear after some time, it will be kept until you turn 80, even for minor offences, and could even be held longer in some circumstances.

What are the Consequences of Criminal Having a Criminal Record?

A criminal record will follow you everywhere you go and could prevent you from doing important things in your life such as travelling, obtaining a new job, or renting a home.

While this is a basic idea of what a criminal record is, Canadian law and police policies don’t provide a straight forward answer.

To provide a simple explanation of what is contained in a criminal record, we will outline the three categories of records kept by the police about citizens.

When you’re found guilty of a criminal offence you will either receive a criminal conviction or a discharge.

You will have a criminal conviction if you have had a prison sentence, a fine or forfeiture, a conditional sentence, or a suspended sentence with probation.

Criminal convictions will remain on your record until you receive a pardon/record suspension under the Criminal Records Act (CRA).

The CRA requires absolute discharges to be automatically sealed and removed from the RCMP database after a year, while conditional discharges are removed after three years. This means you will have a criminal record for one to three years, but after that time it will not long be on your record.

Police will also keep a record of any interactions you have with policing duties or criminal court proceedings, even where no charges were laid. Though these records aren’t based on any finding of guilt, they will still appear on criminal record checks.

Having a criminal record can prevent you from doing a number of things in your life. Many different jobs will not be available to you such as working with children or any government job. You also will find it difficult to cross borders or rent a home and many other things. Due to the long processing times of pardons, you could miss out on a big opportunity all because of a mistake you had made in the past.

If you have a record and it has yet to affect your life, chances are it will in the future. Applying for a pardon/record suspension can be a long and difficult process, which is why many seek help. At Pardons Canada, we have years of experience helping Canadians get pardons. Call 1 (800) 543-2137 today for professional assistance with Canadian federal pardons and waivers.