What is a Hybrid Offence in Canada? 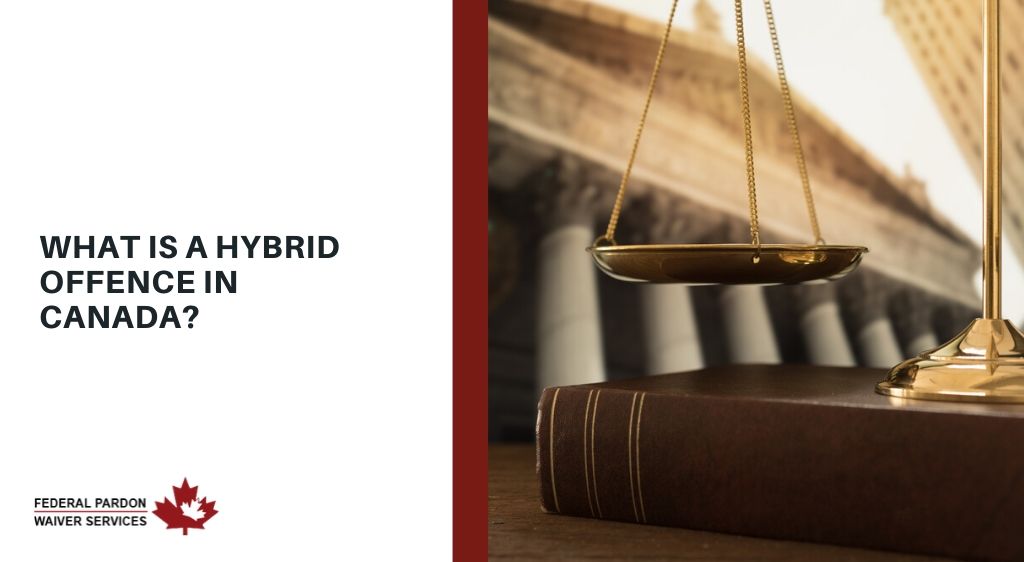 To better understand what hybrid offences are, you first have to understand the two offences that overlap to create them.

Summary offences are a less serious type of offence. Some examples of them would be theft under $5,000, possession of narcotics and disturbing the peace. When charged with a summary offence, you do not have a preliminary hearing, and your trial is held in the Ontario Court of Justice with a judge and no jury.

Entering Canada with a Hybrid Offence

Hybrid offences can be a little complex when you consider the fact that they could be considered either an indictable or summary offence. Being aware of what exactly constitutes a hybrid offence and its intricacies are necessary if you ever happen to be charged with a hybrid offence.

Getting a pardon will remove a hybrid offence from your criminal record and allow you to live your life without restrictions.

If you already have a hybrid offence and it is affecting your day to day life; a pardon is the best solution. Contact Pardon Canada at 1 (800) 543-2137 for professional assistance and expert advice.