Pardons Canada: Do You Need a Pardon for a Crime Committed as a Minor? 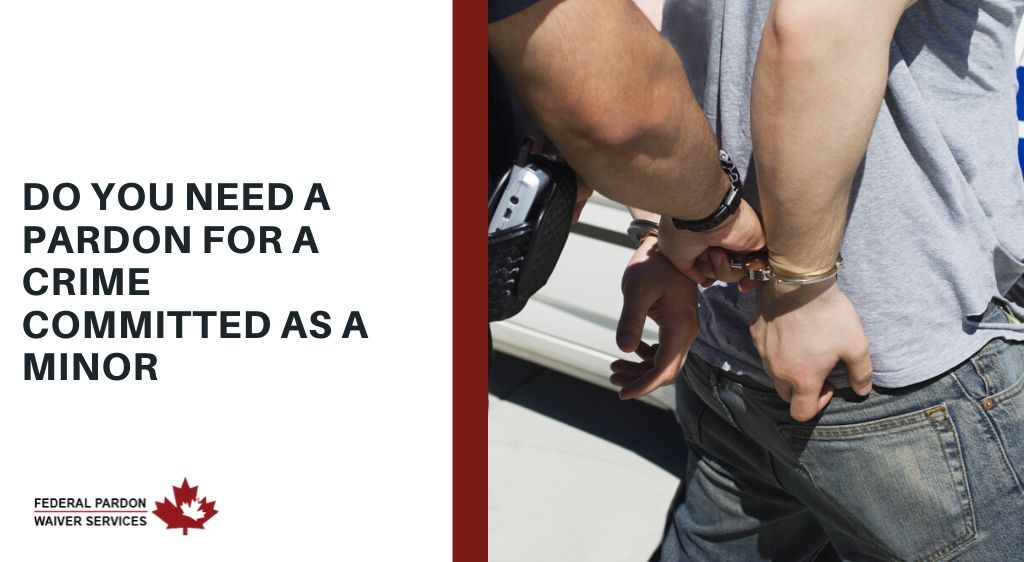 So, what happens if you commit one of these offences under the age of 18? A young offender is someone between the ages of 12 and 17 who has committed an offence. In law, young offenders are tried differently than adults over the age of 18. In cases with young offenders, they are typically sent to rehabilitation centres and cannot be sent to prison.

What is Youth Record?

When young offenders have charges laid against them, it remains on their record, including any findings of guilt, sentences received and any other information regarding completed sentences.

The time frame a youth record remains on file is entirely dependent on the outcome of the case. Young offenders are given special rights such as having their cases heard in youth courts, having their identity excluded from any media coverage of the case, and receiving less severe penalties.

How Long Does a Youth Record Last?

There is a length of time a youth record is open which is called the “access period.” During this access period, there are some who can see what is in a young offender’s record, including police, courts, and others.

Different types of sentences have different lengths of access periods.

If other crimes have been committed after a young offender receives a record, their earlier records stay open longer. If during the access period the young offender turns 18 and another crime is committed, it becomes part of their adult record. This will become a permanent record that can only be removed with a pardon.

When a Pardon is Required

When a young offender turns the age of 18, their record should be removed following the end of the access period.

However, if youth records have not been pardoned and later adult convictions follow, both your adult and youth records will be locked in until a pardon is received for both youth and adult records.

If the young offender only acquired convictions before the age of 18 and no later adult convictions were added, the record of the offence will then be sealed following the end of the access period.

If someone under the age of 18 commits a crime, they are treated somewhat differently then adult offenders, with their records being concealed after they turn 18 and their access period has ended. However, they will still have consequences and further convictions will require a pardon to be removed.

If you already have a criminal record and it is affecting your day to day life; a pardon is the best solution. Contact Pardon Canada at 1 (800) 543-2137 for professional assistance and expert advice.