Everything You Need to Know About Dropped and Dismissed Charges 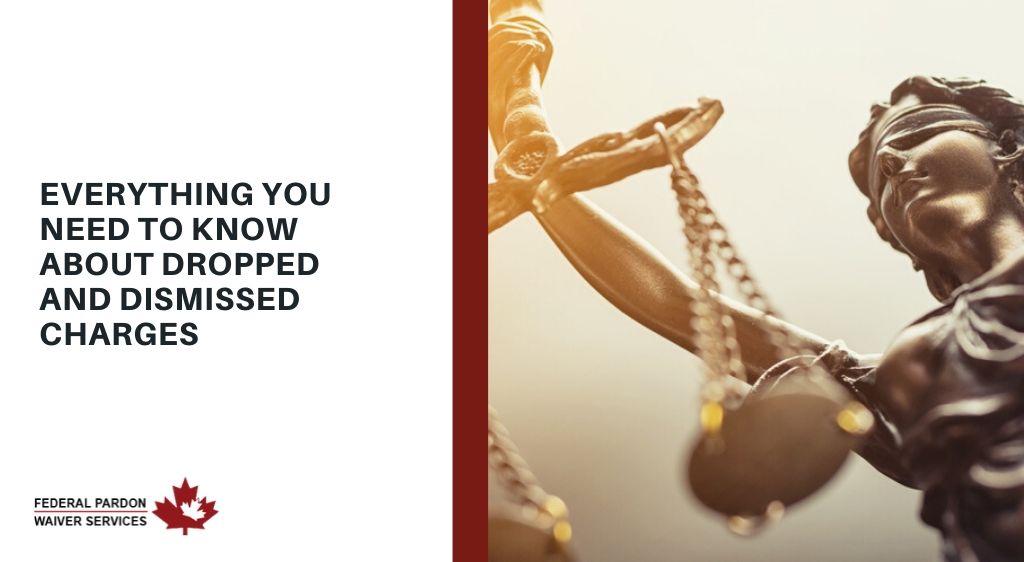 A conviction on your criminal record means that you have gone through the complete judicial process, meaning you were arrested, charged, went to trial and found guilty.

However, not every arrest leads to a conviction. In some cases, criminal charges can go all the way through to the trial, however, during the trial, their charges are dropped and they are acquitted. In other cases, the case doesn’t make it to the trial at all and charges are dropped. But what exactly do dropped charges and dismissed cases mean and how do they affect your criminal record?

A charge can be dropped at any time before the trial by either a prosecutor or an arresting officer. At this point, the case doesn’t move forward into a trial, this would be considered having a charge dropped, which can happen for a few different reasons:

Lack of Evidence: Charges can be dropped if the prosecutor decides that there isn’t sufficient evidence to follow through with filing the charge. Or, new evidence emerges which goes against the case against the defendant.

Improper Procedure: Throughout the entire arresting process, including booking, interrogating, and hearings, police and prosecutors must obey the criminal procedures. If at any time during these processes the defendant’s rights aren’t respected, the case could be dropped or the potential sentence can be reduced.

Insufficient Resources: At times prosecutors have many, many cases to deal with and as a result, they may have to allocate time and resources to more pressing cases. In these situations, they will drop charges for more minor cases.

Cooperation: If the defendant is working with the authorities to help solve other crimes, their sentence could be reduced or their charge could be dropped entirely.

Lack of Probable Cause: In cases involving traffic laws, if the officer stopped you without having probable cause and you happened to be violating a traffic law, your charge could be dismissed as the officer had no reason to suspect you.

Searching Without a Warrant: When conducting a search on a vehicle or home, police must have a valid search warrant. If a defendant’s vehicle or home was searched by an officer without a warrant, any evidence that was found is invalid and they have no case against you.

Lack of Evidence: If the police do not have sufficient evidence or have lost evidence that was crucial to the case the charge could be dismissed.

Dropped & Dismissed Charge in Regard to Your Criminal Record

With both dropped and dismissed charges, even though there is no conviction, all of the other documentation surrounding the case will still exist on your record, such as evidence of arrest, fingerprints and charges filed. When you perform a criminal record check for renting an apartment or looking for a job, the documentation from the dropped or dismissed charges will still arise which can cause the employer or landlord to not hire you or rent to you.

If you have a dropped or dismissed charge that is stopping you from renting property or being hired, you will need to obtain a pardon. Pardons will remove all traces of past convictions so you can move on with your life.

If you have had a drop or dismissed case in the past and it is affecting your day to day life; a pardon is the best solution. To find out if you are eligible for a pardon Contact Pardon Canada at 1 (800) 543-2137, we will provide professional assistance and expert advice.