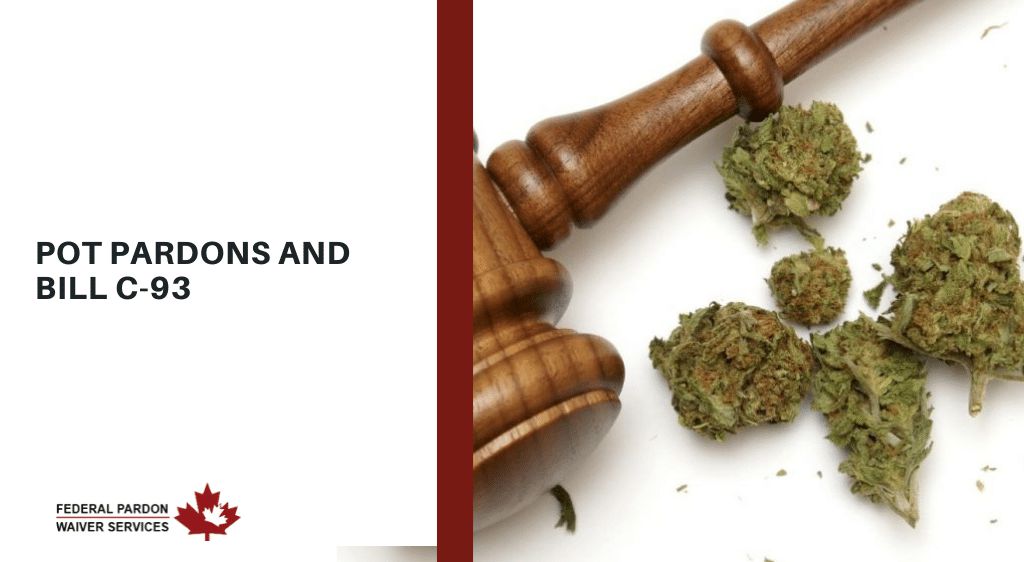 When the legalization of marijuana was first discussed, many looked forward to what it would mean for people with prior convictions for possession. People had hoped that people with a simple possession conviction on their record could have it removed via a pot pardon.

However, this has not been the case during the first 8 months of legalization. Thankfully, this has now changed with Bill C-93 and pot pardons, which was put in place to simplify and expedite the Pot Pardons process.

On June 19, 2019, the Canadian government passed Bill C-93. This bill is meant to make it easier for people with a simple possession conviction to get a pot pardon. Now, a possession conviction can be removed without any cost and in a way that is quick and efficient. This is the update that many Canadians were waiting for.

Before this legislation was passed, anyone applying would have to pay $631 and would have to wait for 5 to 10 years. The new bill does away with the old way and introduces a more simplified process that is free and gets results quickly.

Waiting would be fine if a conviction wasn’t such a burden for people to carry around. People unable to get a pot pardon can end up dealing with barriers between them and employment, education, volunteering, housing, and travel.

These barriers occur because of the negative stigma attached to marijuana. Even though marijuana has been legal since October 2018, people have had a difficult time living the life they want to live because a simple possession conviction gave them a criminal record.

Why We Need Bill C-93 and Pot Pardons

It is impossible to justify how a Canadian can have a hard time living a free life in 2019 because they have a possession conviction. Though for the first 8 months of marijuana legalization, many Canadians were still being held back because the old process for obtaining a pot pardon was still in place. Hopefully, now that Bill C-93 is in place, people can finally take back control of their lives.

With Bill C-93 passed, now’s the best time to deal with your simple possession conviction. Although the process is now quicker, applying can be difficult. Here at Federal Pardon Waiver Services, we are very familiar with the process, and we want to help you get your freedom back. Contact us today at 1-800-543-2137 to talk with one of our representatives about applying or any other information about pot pardons.